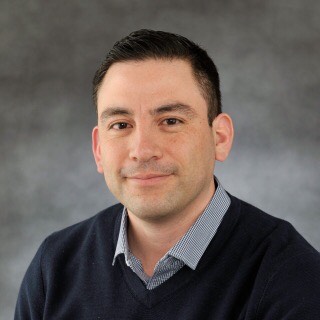 (That’s Manny above, looking all official with his sweater and collar thing going on.)

Manny Dominguez has the honor of being the first ever artist to volunteer to help with this project back in the summer of 2013.  That’s back when the project founder, Jimmy Briseno, had nothing more than a very basic idea to connect talented artists with urban youth so that they could collaborate with one another.

Manny is originally from Guatemala and has spent most of his formative years in Chicago, Illinois. His inspiration for art goes back to his childhood, when he can remember seeing his father at a drafting board doing his own work.  In that way, it seemed almost destined that Manny would end up an artist himself.  As he says on his Facebook portfolio page, “I’ve been an artist since I could pick up a crayon.”

Manny was an essential collaborator who helped work with Jimmy as this project ultimately evolved into a comic-based project.  These days, Manny is more of a project consultant for Made Collaborative but there’s little doubt that he’ll be a trusted creative advisor in that capacity.  And moreover, Manny’s illustrations will certainly be a part of future comics to come!