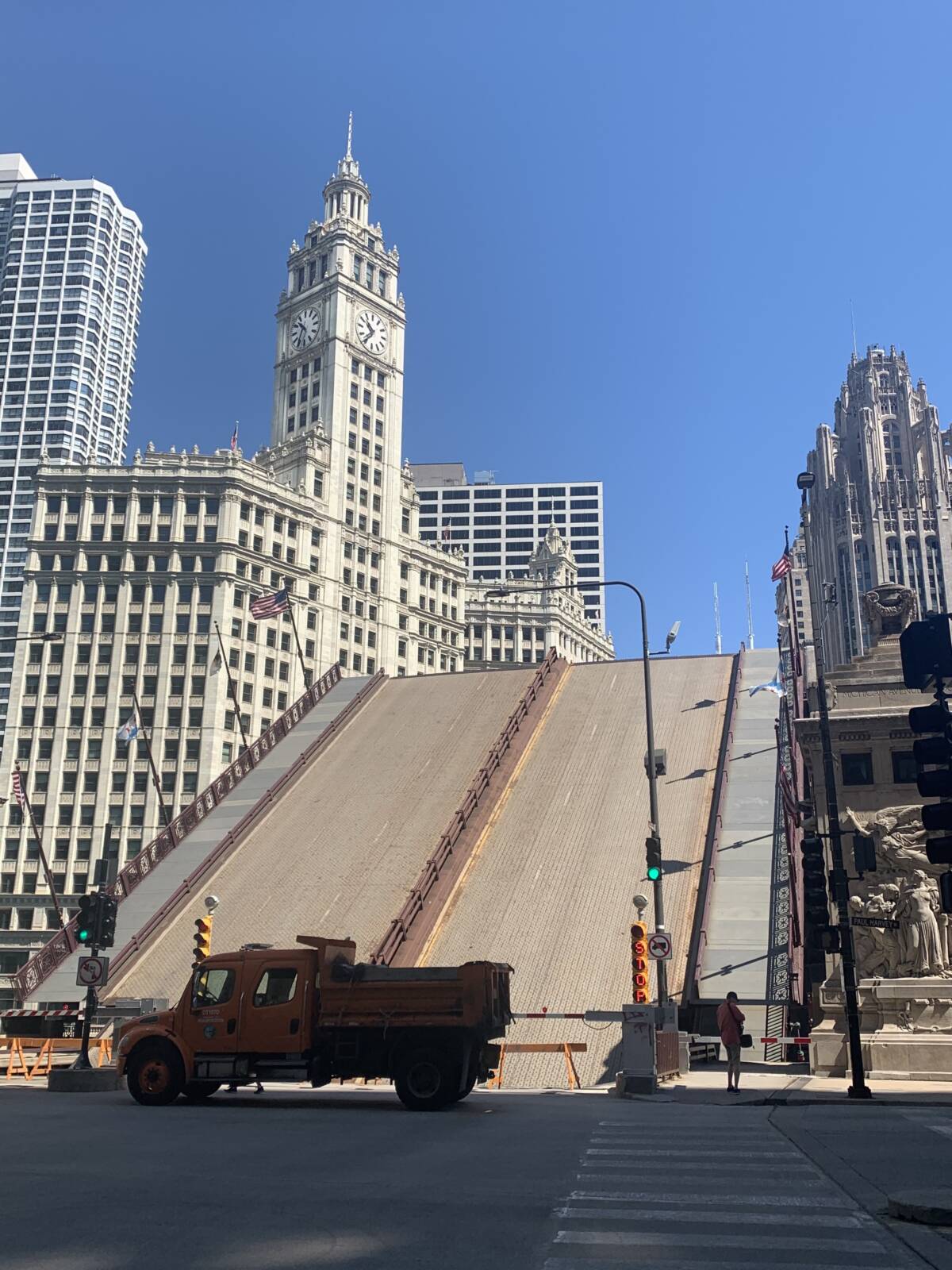 They say a picture says a thousand words.  Well for me personally, the picture above may say even more.

I took this particular picture just a few months ago in my hometown of Chicago, Illinois.  And although I can’t be certain precisely what words it may conveying, I do know it represented to me both a literal and figurative shutdown of my city at the time.

This was, of course, just after George Floyd and the protests that occurred in the aftermath. 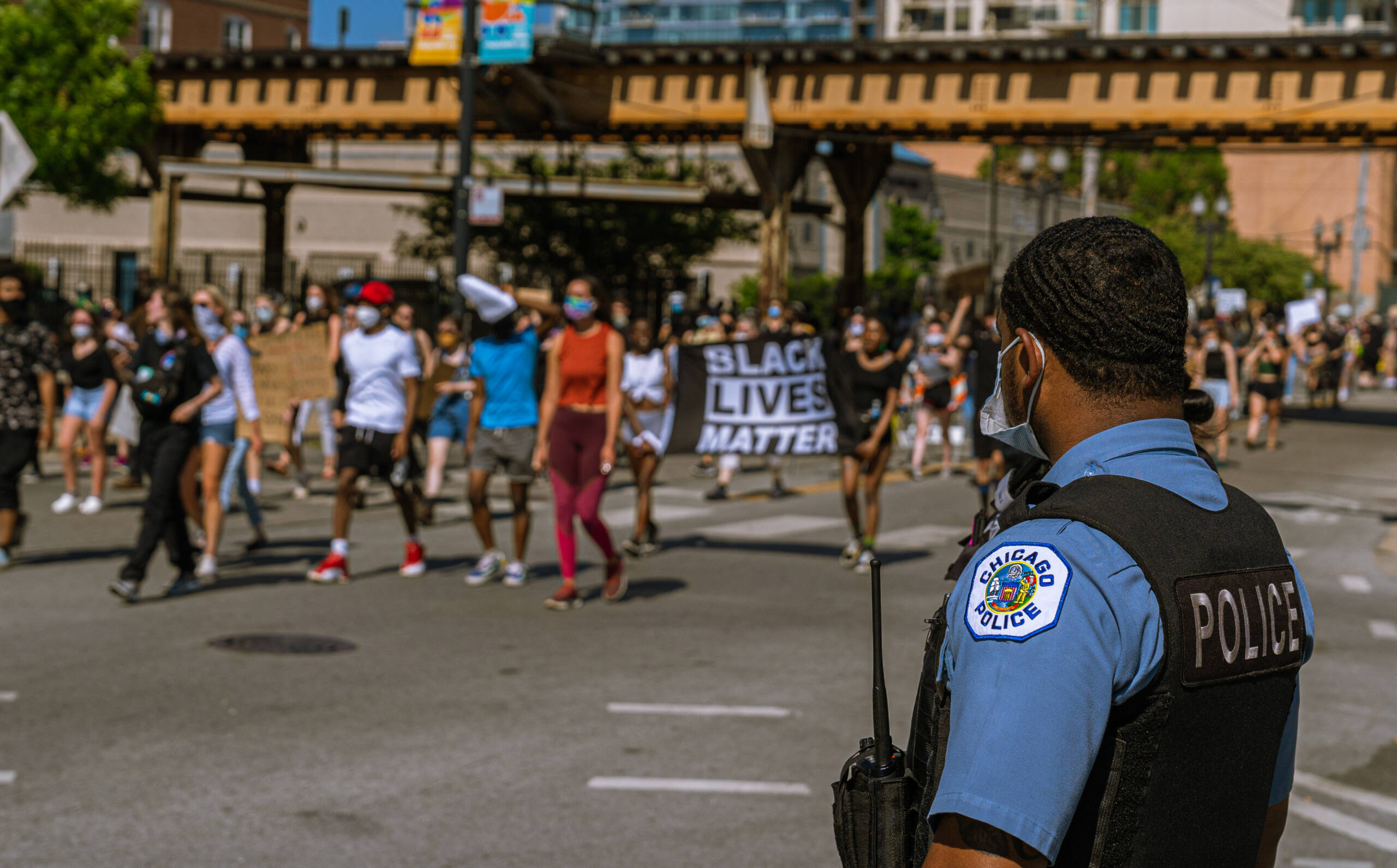 By the time I took the drawbridge photo, the National Guard had been brought into the city.  And drawbridges throughout the city had been raised to cut off access to the city’s center from just about every angle.

Surreal may be an overused word these days, but I can’t help but revert to that apt description when I reflect back on my walk through the city that morning.  And I couldn’t also help but think that those draw bridges were the perfect metaphor for the state of our country’s discourse of the day.  Instead of talking with one another, let’s just cut the whole damn thing off.

And of course, just beneath this simplistic observation lies the harder truths buried in nuance.  And perhaps nowhere is nuance more evident than when discussing the topic of law enforcement and all that comes with the topic, i.e., the underlying historical, societal, racial and economic entanglements.

We had actually made the decision to incorporate law enforcement as a topic for our ongoing Back of the Yards comic series long before the most recent events.  We made this decision because we, as project collaborators ourselves, wanted to learn more about the topic.

And as a very practical matter, we knew we couldn’t continue our comic-based narrative, based in our fictional Back of the Yards neighborhood in the South Side of Chicago, without incorporating law enforcement into the ongoing narrative in some central way.  And when the most recent events occurred, and the corresponding protests, we felt these collaborations were all the more relevant and timely. 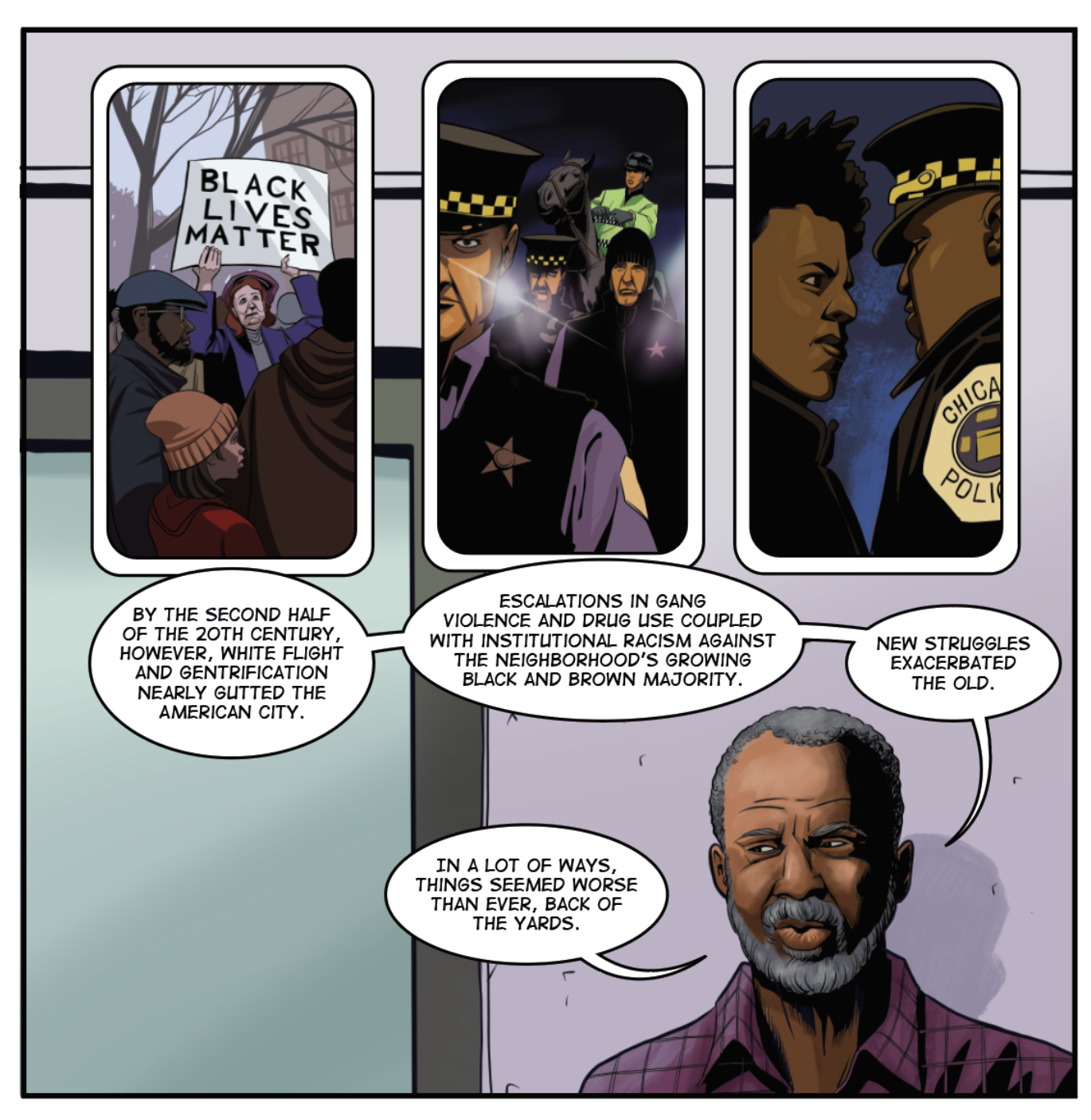 – Excerpt from a prior Back of the Yards comic feature with the character of Peaches describing the history and evolution of the neighborhood to his fellow Elders.

To help facilitate this new collaborative series, we will be covering various topics related to law enforcement & community relations. We’ll start this ongoing collaborative series with a peek at the origins of our modern police forces, transition to some of the many challenges our police forces face today, and then focus on the impact of those challenges within our black and brown communities in particular.

And as we cover these various topics, we will develop related opportunities for comic collaborations, eventually leading to new comic content.  And we hope to not only collaborate with urban youth and their academic administrators, but also other subject matters experts along the way, and perhaps no more important in that regard than those on the very front lines we speak of, our police officers.