Welcome to our Virtual Studio!

So where to start?  Virtual Studio you ask?  Yes, that’s right.  The Made Collaborative Virtual Studio.  Just a little something we created to help facilitate the further collaboration with youth in the development of our comic, The Back of the Yards, which itself was created as a product of early in-person collaborations with participating youth in the West Side of Chicago.

Now, as you may or may not know, this project didn’t even start out as a comic project, much less a “virtual studio.”  No, in fact, this project started in 2013 as a modest community project intended to connect artists with youth to collaborate to promote creative thought.  That simple premise then evolved into a comic project based on the interests and initial creative ideas of those first participating youth in the West Side of Chicago.

It was great that we were able to ultimately develop a comic based on these initial collaborative youth sessions and ideas, but on the flip side, these initial in-person collaborations took time.  A lot of time.  And a high degree of coordination between after school programs, youth and our own day jobs.  With that in mind, we wanted to try to figure out how to scale this modest grass roots project up even further so that we could more effectively enable collaborations with other after school programs and youth, and continue to develop comics.

Our solution? … To try to bring some of these basic collaborative concepts into the virtual realm.

First, a Quick Word about the Back of the Yards Comic

That backdrop of this virtual studio framework is our first comic series, Back of the Yards, which was created as a result of our first in-person collaborations with participating youth in the West Side of Chicago.  As you will see further below, what we have tried to create is a virtual collaborative experience of those early in-person collaborations.  And the aim of this virtual studio experience is not only to provide youth and others what is hopefully a cool and unique creative experience, but also to ultimately help us to create content and build this Back of the Yards comic series.

So with that in mind, we thought we’d provide you a look at the Back of the Yards comic series here, and in doing so, also give you a glimpse of the “Studio Card” framework we will discuss further below. 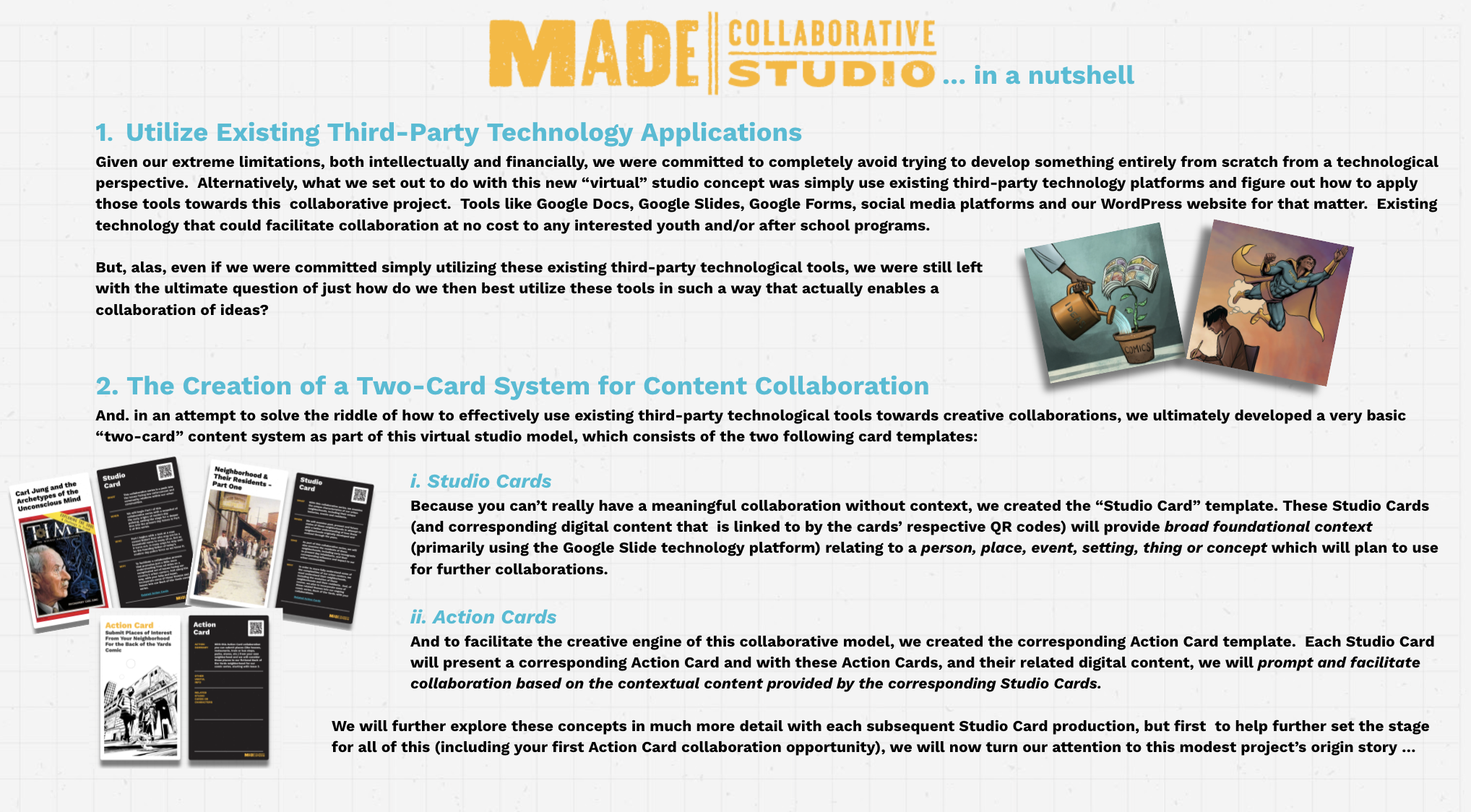 So, stating the obvious, we are not rocket scientists here.  Nor computer scientists for that matter.  So, as we set out to develop this “virtual” studio concept, we wanted to stay within our respective lanes and keep this as basic as possible.  It is in that spirit that we would eventually land on the following two basic principles for this “virtual studio” framework.

First, given our extreme limitations, both intellectually and financially, we were committed to not trying to develop something entirely from scratch from a technological perspective.  Conversely, what we set out to do with this “virtual” studio concept was to simply use existing third-party technology and figure out how to apply those tools towards this collaborative model.  Tools like Google Docs, Google Slides, Google Forms, social media platforms and this WordPress website for that matter.  Existing technology that could facilitate collaboration at no cost to any interested youth and/or after school programs.

But, alas, even if we were committed to repurposing these existing third-party technological tools, we were still left with the ultimate question of just how do we then best use these tools in such a way that actually enables a collaboration of ideas?

2. The Creation of a 3-Card System for Content Collaboration

In attempt to solve the riddle of how to effectively facilitate collaboration by using existing third party technological tools, we ultimately developed a very basic “three-card” system as part of this virtual studio concept, which consists of the following:

Because you can’t really have a meaningful collaboration without context, we created the “Studio” card concepts.  These Studio Cards (and corresponding content) will provide broad foundational context (primarily using the Google Slide technology platform) regarding some place, event, setting, thing or concept as further described below.

Extending the context matters concept, we also created “Character Cards”, which a just serve the same contextual function as Studio Cards with the sole distinction that the broad foundational context provided by Character Cards (again primarily using the Google Slide technology platform) is in relation to a person or other living thing, whether fictional or non-fictional, past or present as further described below.

And finally, to make this all work, we created the Action Card.  The Action Card, and related content (primarily use the Google Forms technology platform), are the mechanism we use to prompt and facilitate collaboration based on the contextual content provided by the Studio and Character Cards

A Quick Note on the “Cards”!

As you may have noticed, we have chosen to use “cards” as a way of introducing these content themes.  We chose cards as the mechanism to introduce related content simply because we do ultimately plan on either printing, or allowing you and others to print, these cards as we develop them going forward.  Each card will have a corresponding QR code which will then lead the collaborator to a dedicated web page for that card’s subject matter.  Example: 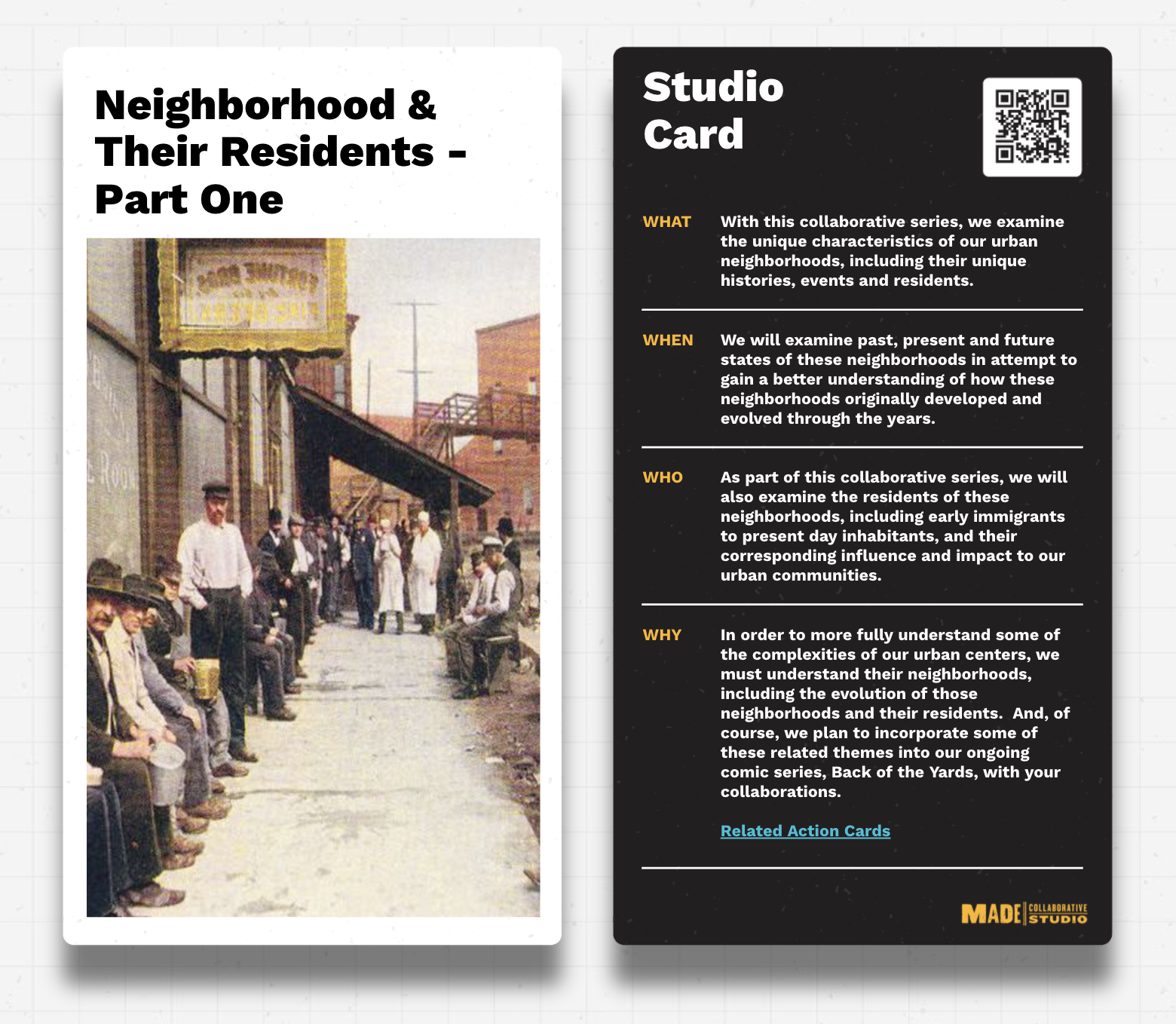 However, for now, everything is in digital form.  And you can begin to explore these digital assets scrolling down to the next section!

As stated, Studio Cards (and corresponding content) will provide broad foundational context (primarily using the Google Slide technology platform) regarding some place, event, setting, thing or concept.  And each Source Card will introduce related Action Cards to facilitate related collaborative input.  But beyond that functional aspect of the Source Cards, we wanted to produce Source Cards that could provide broad contextual information that would not only help to facilitate our own comic collaborations, but any independent collaborations of participating youth and others.

In that context, examples of current Studio Card productions include:

[Placeholder for the Back of the Yard Comic Source Card]

We are committed to continuously developing additional Studio Card content at all times, and you can see a list of current Studio Card productions here [LINK TO FOLLOW]. 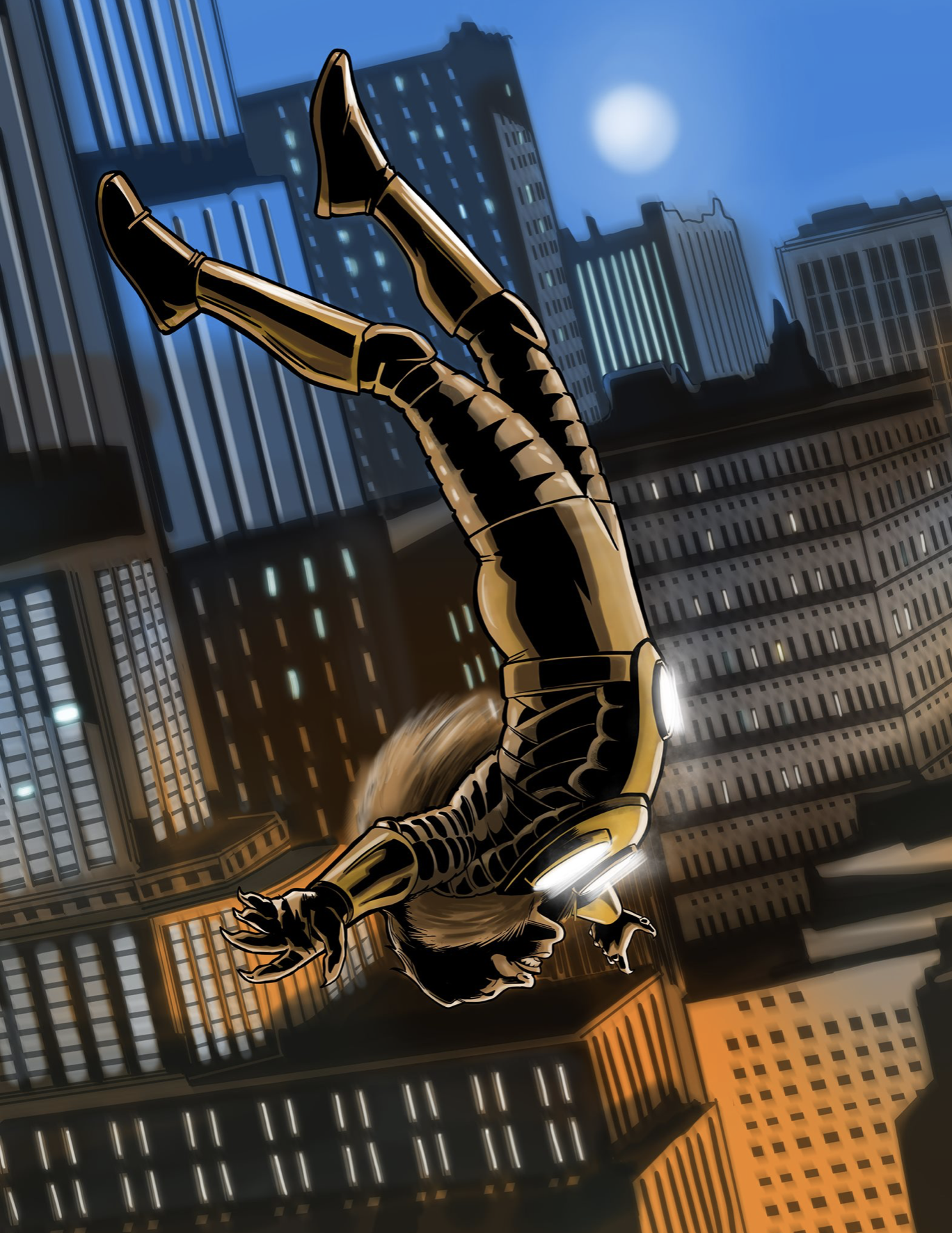 So as you can see from above, if you are an administrator or staff member at an existing after school or other educational program, we invite you to use these tools any way you might see fit.  It’s all designed to be a free supplemental creative tool and we welcome the participation of all.  We will keep working to develop content in that regard, and related Action Cards, so feel free to check in any time in that regard, and moreover, if you have any suggestions, comments or simply would like to learn more about this project generally, just send us an email at info@madecollaborative.com and we will be in touch in short order.  And thank you in advance for your interest and support! 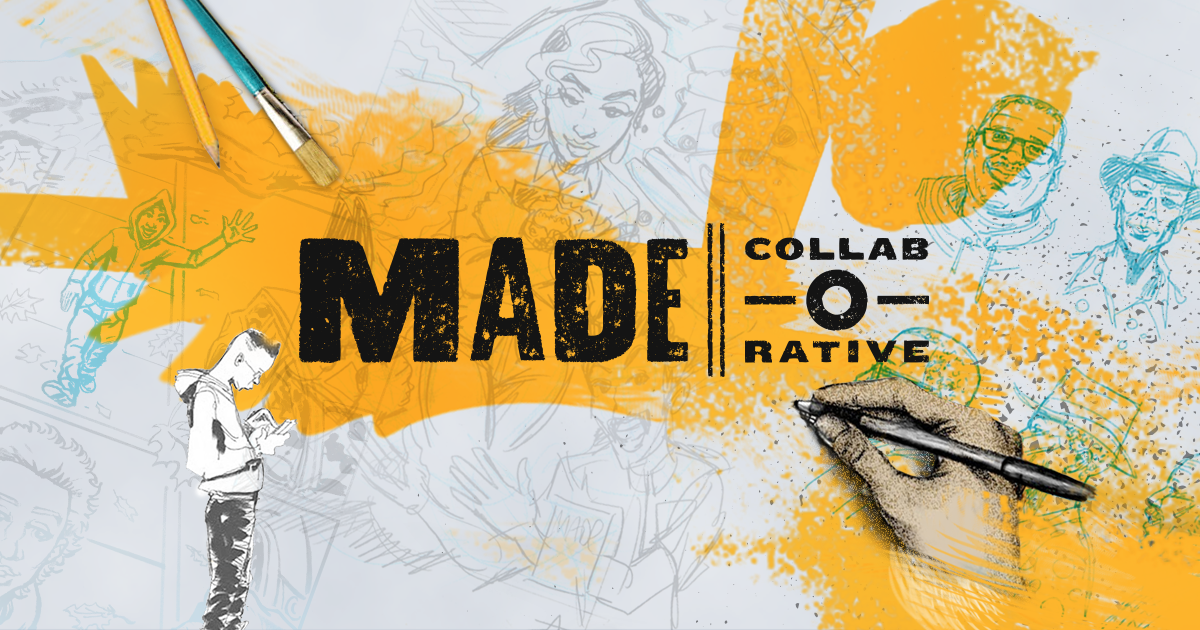 A Special Call to Artists

Virtual Studio or no virtual studio, nothing is more important to this project than the artists that bring any of our collaborations to life.  Facilitating collaborations among many participants is at the heart of Made Collaborative’s mission, and that includes artists especially.  We want to incorporate as many different styles and perspectives as we can over time, to compliment the varied contributions from participating youth and other collaborators.  So if you are an illustrator or writer, and are interested in perhaps participating on future collaborations (and earn a little supplemental income for your services), just give us a shout at info@madecollaborative.com and we will get that conversation started!