Sparks from a Bus 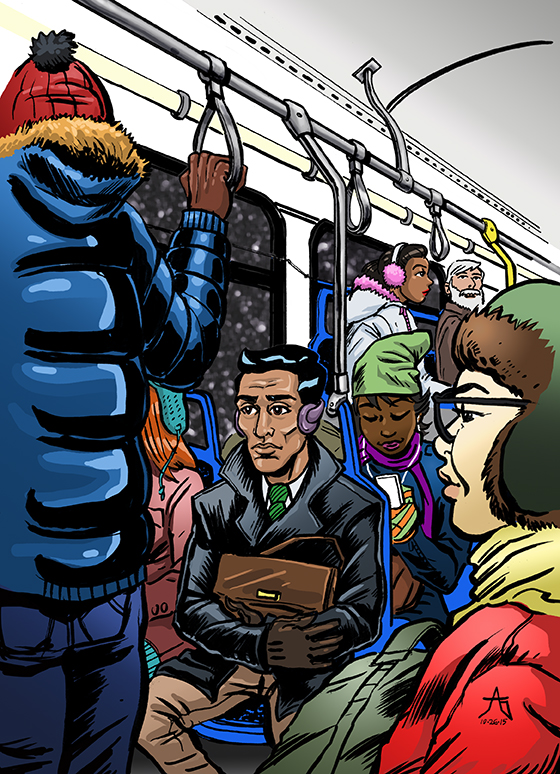 See that guy above?  I guess that’s me some time just before this project started, as illustrated by participating artist John Golden.  Looks like I may be deep in thought. About what you ask? Who the hell knows.  I could be contemplating just how incredible it is that each one of the individuals on this bus, all with our own unique ancestral journeys through the ages, somehow find ourselves sharing this brief moment in time with one another against all conceivable odds … or alternatively, I could be wondering why the Chicago Bulls don’t run more motion offense to create space for their perimeter shooters, particularly when the other teams are defending with bigger players.  Both observations every bit as likely to be occupying space in my mind at any given moment, to be sure.

And that’s me in a nutshell.  My mind is a complete mess and unfortunately, I spend a lot of time there.

Introspection on Those Bus Rides Home 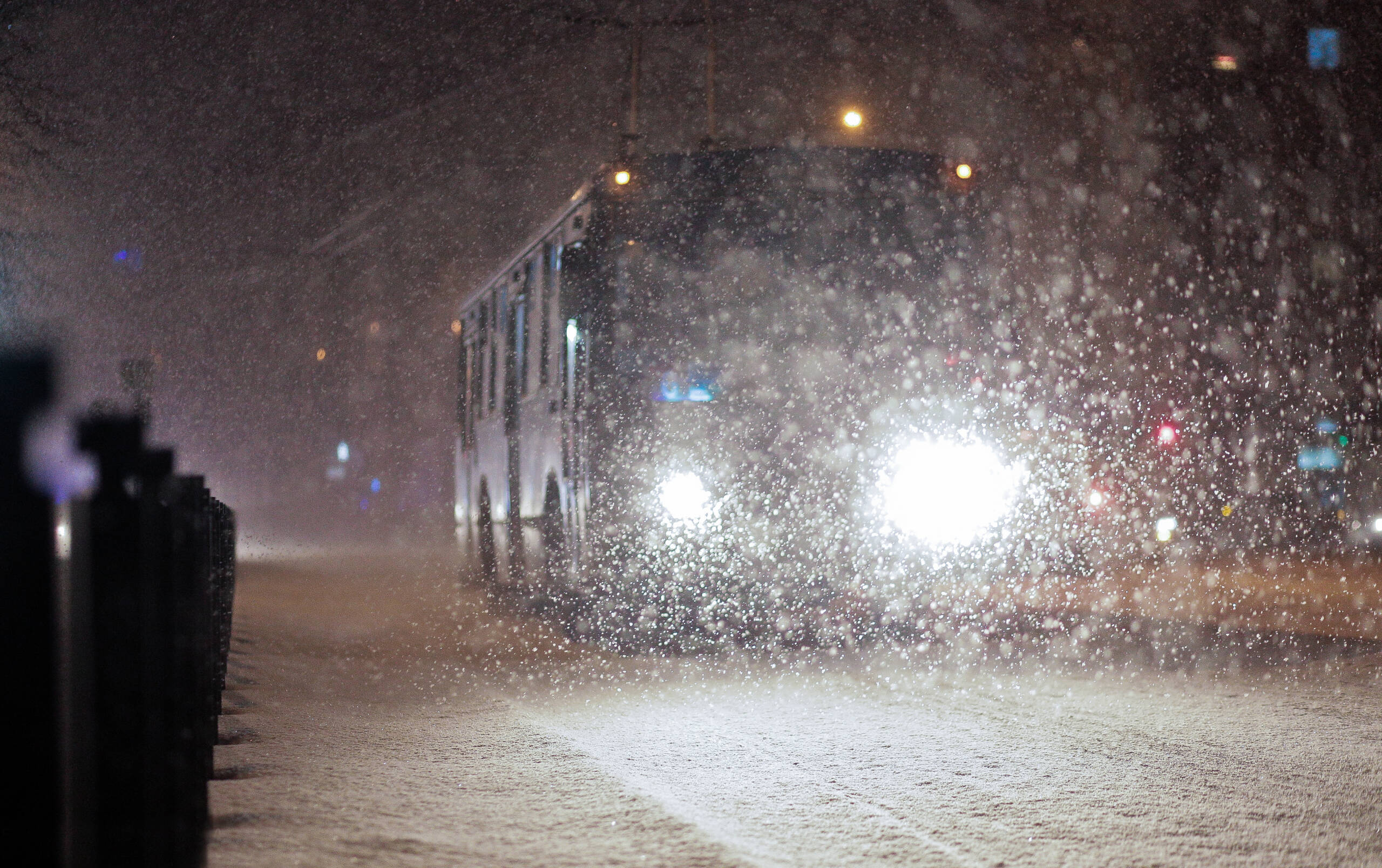 Back then, taking those bus rides home in Chicago, I was consumed by my job as a corporate attorney.  And not because I loved my job, but rather, because my company at the time had been involved in a series of corporate acquisitions and divestitures for a stretch of years.  As a result, I think I was just desperately looking for some sort of work-life balance in general, which resulted in even more daydreaming than usual.

And of course, during that time and beyond, Chicago’s crime rate, corruption and budget woes would often be the subject of national headlines.   There was just a lot of negative energy in general, which I guess also occupied some space in my mind periodically on those many bus rides home.

And even as I would think about it back then, I didn’t view these problems as necessarily unique to Chicago, but rather shared among many of our increasingly complicated urban centers.  Issues that went beyond nice easy political soundbites, and issues that couldn’t be addressed by any one particular solution or dogma. And I guess in that context, I would often wonder what someone like me, a guy with absolutely no particularly noteworthy skill whatsoever, could even do to help?

The Power of Creativity

It was this line of introspection that would often lead me to think more and more about my rather ordinary life.  Although I may not have been exactly passionate about my work at the time, nor have accomplished anything of particular note, I was nonetheless self-aware enough to know that I was damn lucky.  Particularly when I would look back and think about my own childhood.

Purely as a statistic, my odds for any kind of success out of the gate probably weren’t great.  My dad was an absent and volatile figure who would end up ultimately losing his soul to drugs and mental illness.  And as a kid, I grew up in a neighborhood fairly similar to some of the neighborhoods that generated many of those days’ headlines in Chicago.

But that’s where my journey along any statistical probability path abruptly ends because the lucky part for me is that I had a loving mom, grandparents and godparents who were determined to help make my life a little easier than perhaps their own. Thus, eventually, I would find myself experiencing an entirely different set of life circumstances.

Nonetheless, it’s also in that context that I could remember what it felt like as a young kid to be shaped in large part by the external expectations of my old neighborhood and early circumstance, particularly when those external expectations were largely negative.  And, conversely, I also knew what it meant for me personally when I became exposed to others that helped me think a bit more creatively later in my adolescent life, and with that, begin to expand my own internal set of expectations.

In that way, being exposed to others’ ideas and creative thoughts can be incredibly empowering. It’s those little external sparks that allow you to begin to envision a world that transcends your own reality, whatever that reality may be; and that’s when new possibilities can truly begin to emerge from within.

Why Not Try to Create Some of Those Creative Sparks?

And that’s when it would eventually hit me on one of those many bus rides home.  Why not try to develop some sort of youth outreach initiative that could help to facilitate those little creative sparks, however modest?  I’d always felt that creativity was very much undervalued. Even in the corporate world that I was immersed (trapped) in, where being able to think a little outside of the box could quite literally lead to big dividends.  And I was even more convinced that creativity was essential in fields like public service and science.

And the irony of all of this, of course, is that programs promoting creativity within our urban centers always seem to be the first in line when it came to budget cuts.  So, as I would continue to think about it over those many bus rides home, there just seemed to be an opportunity to do something.

But perhaps more than anything, beyond youth empowerment, budget cuts and Chicago’s headlines, I thought doing something that facilitated creativity could be fun.  Perhaps lighting a few much-needed creative sparks of my own. And as my mind would wander on those many bus rides home, whether contemplating the serendipity of life or the starting lineup for the Chicago Bulls, it became more and more apparent that I just needed a little more fun in my life.

And So, It Began

Armed with this motivation on one of those many bus rides home in the winter of 2012, I finally decided I was going to give it a go.  I didn’t have a specific plan in mind other than to recruit some local artists to collaborate with urban youth the following summer. I figured we could just see what came out of that collaborative process, and then take it from there.

Little did I know, as I walked off the bus that fateful winter’s evening with this basic premise in mind, the origin story for this little comic-based project had just begun.